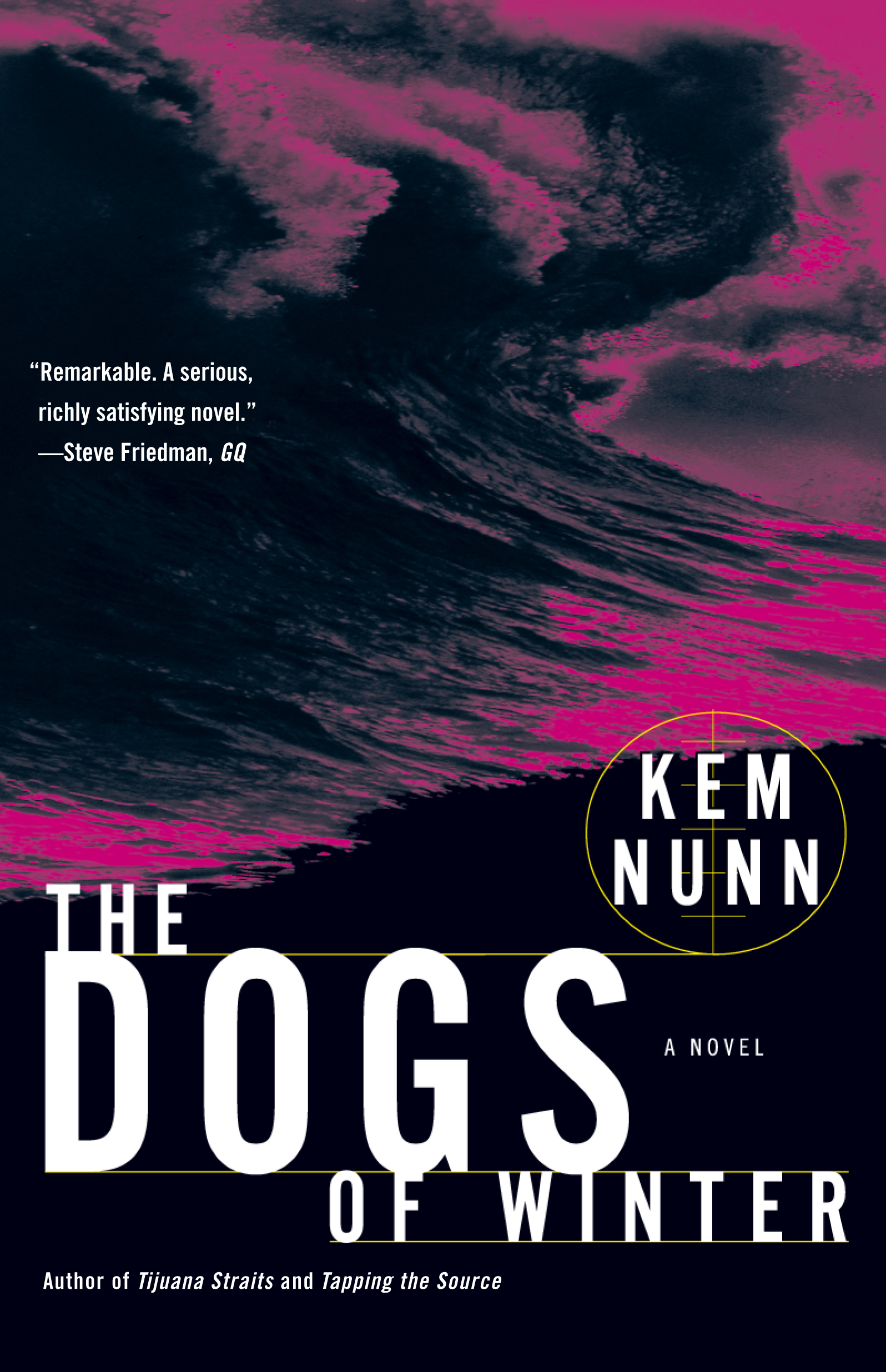 When someone mentions a 'thriller' novel, I'll wager that a book about California surfers doesn't spring to mind. Well, hold on to your surfboards, Kem Nunn can show you the dark side to riding waves you never knew existed.

Fletcher, a down-on-his-luck photographer, receives an unexpected call from a surfing magazine he once worked for (and blew his future chances with), telling him he can get back to business if he'll take two young pro surfers up to a remote part of the California coast and meet a former wave legend, Drew Harmon, who has become a mysterious recluse. Harmon claims to have discovered 'Heart Attacks', a place in the wilderness where the country's biggest waves hit the shores. Harmon is presenting a one-time offer to guide a group to capture the magic for themselves.

For Fletcher, it seems like a perfectly timed gift from God. But as soon as he shows up, things aren't all what they seem. Harmon is an angry and elusive man. His young wife is a damaged soul obsessed with the murder of a local woman. It turns out 'Heart Attacks' is a two day trek through thick forest and harsh coastline, crossing forbidden Indian land and shark-infested waters. The prospect becomes more unappealing as aspects of the locale and its inhabitants soon reveal themselves. A preliminary local surf to get everyone's feet wet ends in tragedy, setting off a chain of events that are as violent as they are ugly, forcing the surfers move out of harm's way and into the unknown. The results are unconventional, but terrifying nonetheless.

Kem Nunn is a terrific writer who explores the obsessive mind and brutal backwoods with a keen eye and sharp sense of situational evil. His prose is compelling and crisp, slowly building dread among the bleak beautiful backdrop of California wilderness. It's the work of a craftsman. Only a few niggling habits of his bugged me throughout the book, my only reason for deducting a star from an otherwise five-star title. 'The Dogs Of Winter' is an excellent novel that shows you what a literary thriller can be when it doesn't follow the same tired old tropes and subject matter as so many others. I'm already looking forward to checking out two of his recently recommended novels, 'Tapping The Source' and 'Pomona Queen'.

If you haven't already, put Kem Nunn on your list of worthwhile talents to read.

Buy 'The Dogs Of Winter' On Amazon Today!