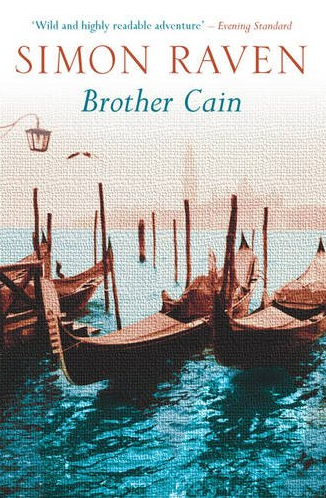 This is a novel that broke the mold. It’s a story about the early days of covert operations, as ill-defined as the people and organizations that carried them out. Disgraced Captain Jacinth Crewe is discharged from the British Army burdened with gambling debts and a lost sense of self. He is soon brought into the fold of an ‘institute’ that recognizes his skill set and flexible morals. By all appearances he is a promising candidate for their staff, so they make him an offer and begin putting him through their trials.

Simon Raven is one of those great writers who sadly got lost in the shuffle for the most part. What he wrote, and the time he wrote it, resulted in him and his works getting banned or labelled with an X-certificate. If you read ‘Brother Cain‘ now, you’ll say to yourself “What was all the fuss about? I’ve read far more racy stuff, and I’ve encountered this type of story a dozen times.”

What you have to remember is that Simon Raven was one of the originators of all the dangerous-themed stuff you enjoy today. Brother Cain was written in 1959, and at the time Raven wasn’t just pushing the envelope, he was tearing it at all four corners. This novel marches through territory where other authors feared to tread. It tackles corruption, espionage, morality (and lack thereof), bisexuality, murder, incest, and the stone cold heart at the center of covert affairs.

The writing is fantastic, with one drawback; it feels considerably dated. This is an older style, more robust (sometimes far too much) with long outdated language. A few parts even seem antiquated and clash with the pace and mood, softening the impact of a story that otherwise has a lot of punch. Sometimes it hammers points home with its repetitive and heavy-handed nature, but again, this has to do with the times and the fact that the material was fresh and censor-worthy back then. It’s also apparent that this author was miles ahead of the rest.

If you’re into classic fiction, Simon Raven is a must read. ‘Brother Cain’ is a fine place to start.