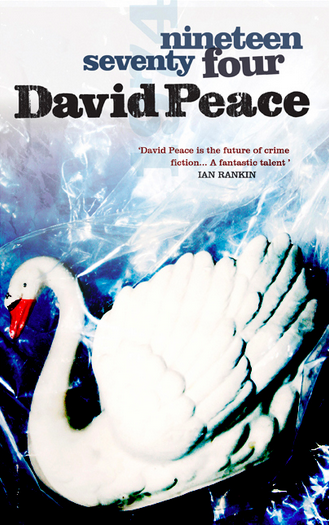 A bloody brilliant book. David Peace’s writing is sharp, sometimes unhinged, and its barreling pace just whips you along. A thriller that tosses murder, corruption, and characters around like a cement mixer. The plot is complex, an ongoing spiderweb of violence, set-ups, double crosses and the like, all stemming from the disappearance of a young girl and one green journalist’s mission to uncover the truth. This novel will require your undivided attention as you navigate its uncomfortable murk. Some of it will seem confusing, much like how the narrator was confused throughout, but I believe that was the intention.

On that note, 1974 is very much a story of its time. Northern England in the 70s was a rough, racist, homophobic, and misogynistic environment (like the majority of places in the West at that period). I’ve noticed an awful lot of people whinging and whining in their reviews of this book over the swearing, perceived sexism, and politically incorrect nature surrounding the story. It reminded me of those people complaining about the language of the junkies in my novel ‘BAIT‘… to which I always thought, “Christ, have you ever heard a full blown crack addict actually talk???”

Yep, there are an awful lot of ‘fucks’ in this book, that’s how people from lower and middle classes spoke back then (Fuck me, it’s even worse now I think). The dialogue is spot on, as is the vibe and reality of that place in those days.

Honestly, if historical accuracy and time-capsule culture in a story offends you, then get bent. Past realities are not going to censor themselves because you’ve decided to crawl out of your sheltered life to risk a look around.

Altogether 1974 is a cracking read, and one I highly recommend for style, story, and substance.