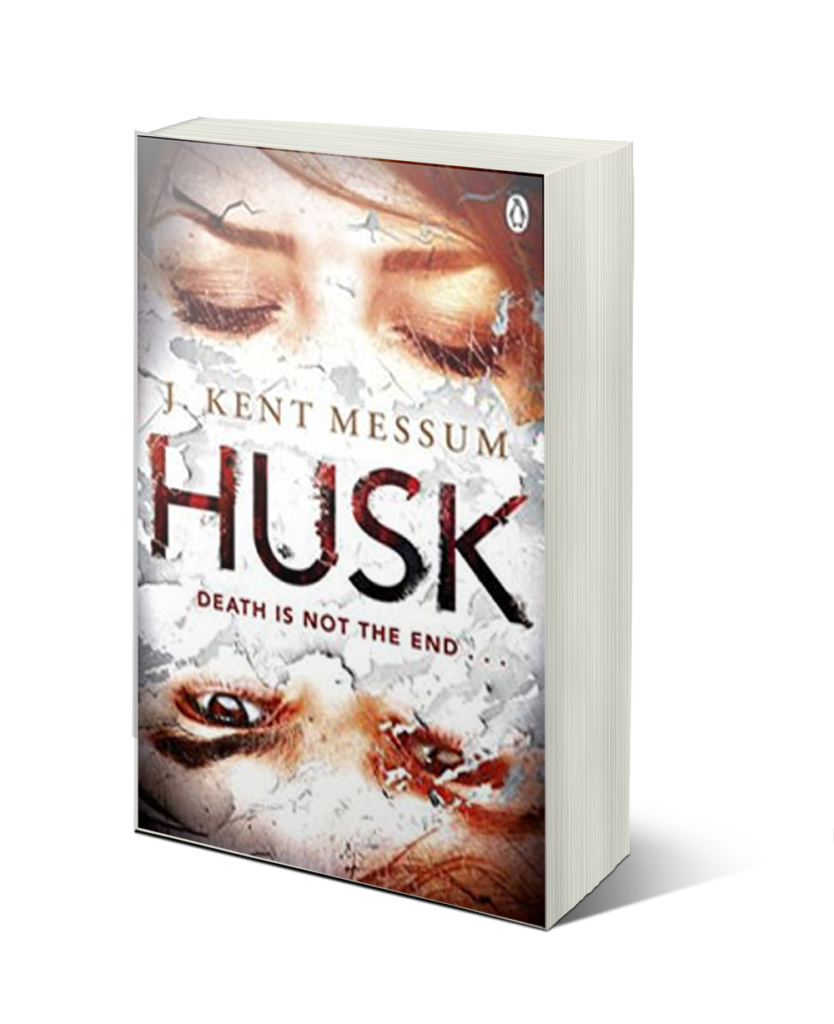 From award-winning author J. Kent Messum, ‘HUSK’ is a serial killer thriller for fans of The Straw Men and The Shining Girls.

It’s the all too near future, and eternal life is a commodity only available to the ultra-rich. Billionaires pay top dollar to exist forever in a virtual world once their bodies have failed them. But this first foray into immortality is not all it’s cracked up to be. The computerized afterlife leaves the immortal hollow and unfulfilled. Anyone who cheats death only wants to live again naturally, itching to interact with the real world.

Young and handsome Rhodes is a Husk whoring himself out to the wealthy who pay to inhabit his body, using his brain while his consciousness sleeps. During these sessions clients take hard drugs, have promiscuous sex, and participate in extreme dare-devil behaviors, all to feel the rush and pleasures of being alive. Husking is a highly illegal and well guarded secret, relegated to the black market. The penalties are severe, but the money and perks are lucrative.

After repeatedly Husking for one particularly demanding client, Rhodes begins to suffer the mental toll for losing himself in his work. When the strange schizophrenic visions and panic attacks start, he tries to get out of his cast-iron contract, but his employers won’t relinquish their asset. Disturbing questions arise, leading to discomforting clues about his whereabouts while on the job. Finding himself pursued by the police and shadowy operatives, Rhodes begins to search for answers. It isn’t long before he learns the true cost of Husking…

J. Kent Messum is a British-Canadian writer living in Toronto. Husk is his second novel, the follow-up to the award-winning ‘Bait‘.

‘Raw, visceral, powerful … may just make you question what it is to be human’ – Nick Cutter, award-winning author of ‘The Deep‘ and ‘The Troop‘.

‘Pacy and surprising, Husk is a showcase for a wild and frightening imagination’ – Andrew Pyper, #1 internationally best selling author of ‘The Demonologist‘, and ‘The Damned‘.