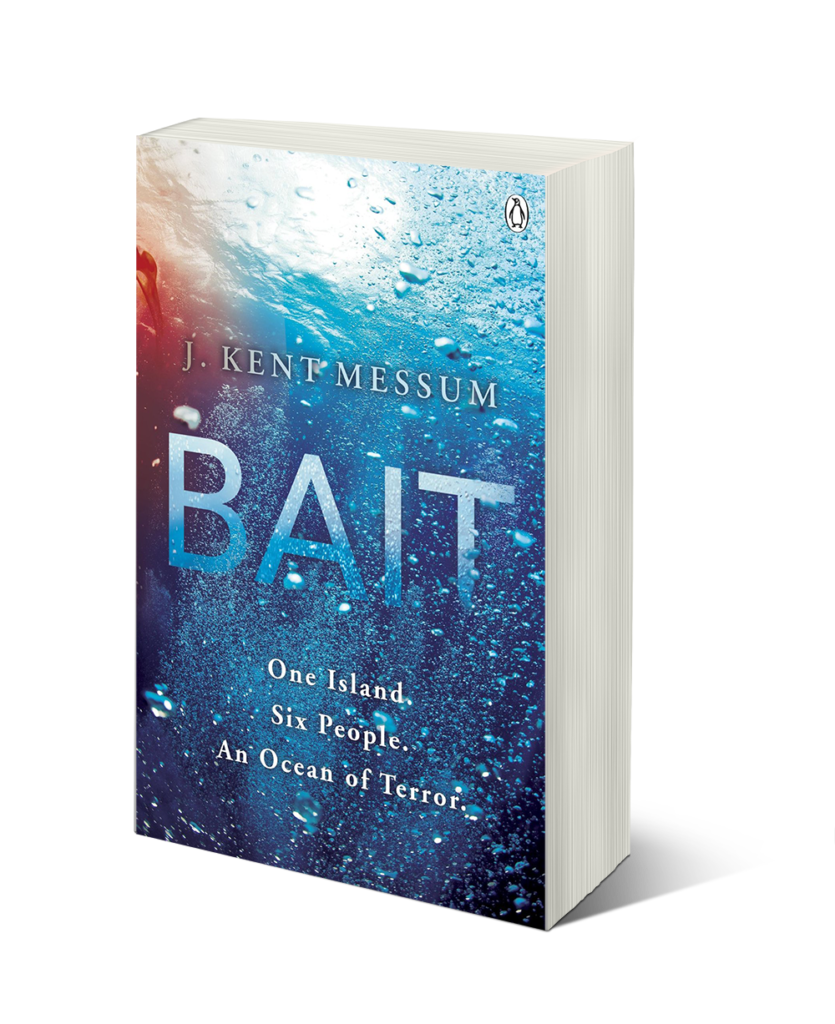 He could think of no worse fate than being eaten alive . . . reduced to nothing more than meat for a monster.

Bait comes from my own fears of isolation and dependence, a situation into which I pray no one ever descends. Everyone has temptations, weaknesses, or triggers. Surely some lines are simply too dangerous or insane to even consider crossing, no matter the bait. Yet people with habits to feed will do the unthinkable on almost a daily basis.

The story that unfolds in these pages follows six unfortunate souls from Miami, kidnapped from their slums and stranded on an island in the Florida Keys where mysterious tormentors force them into a dangerous game, exploiting their weakness and pitting them against nature’s greatest predators.

The torture of addiction and the brutality of predation weigh more heavily on our modern lives than we might think. Power, money, fame, work, consumerism, pornography, the internet: If that one all-important thing is suddenly withheld from us, what would we put ourselves through to get it back?

Before you answer, I encourage you to take the Bait.

“The stakes could be no higher in this crisply written, fast-paced novel that examines the shifting line between right and wrong, good and evil. Bait will keep readers turning pages late into the night.” – Lori Roy, Edgar-Award-winning author of ‘Bent Road‘ and ‘Until She Comes Home‘.

“Reading J. Kent Messum’s Bait is like taking a high dive into black water. What you find in its murky depths is disturbing, pulse-pounding and utterly surprising. An exhilarating debut.” –Megan Abbott, Edgar-Award-winning author of ‘Dare Me‘.

“Jaws meets Lord Of The Flies meets Drugstore Cowboy! A powerhouse debut. The horror dawns on the reader as it dawns on the characters, making for a mesmerizing, one-sitting read.” – Steve Ulfelder, Edgar-Award finalist, author of ‘Purgatory Chasm‘ and ‘The Whole Lie‘, and most recently ‘Shotgun Lullaby‘.

“Bait reads faster than a feeding frenzy, I was hooked from the very first page. A terrific debut from a talented new writer!” – Daniel Palmer, author of ‘Stolen‘.

“The suspense blazed so much so I had to put the book down a couple of times just to look away. A brilliantly written novel. Bait makes Jaws look like a frolic in the pool.” – D.J. McIntosh, author of ‘The Witch of Babylon‘ and ‘The Book Of Stolen Tales’.

Also Available At These Fine Retailers